With the sun and rain we’ve enjoyed over Easter, the whole island is green and burgeoning. It’s time to give the soil a boost in order to get the very best fruit and vegetables possible this summer.

Top of the soil-feed desirability stakes for gardeners has always been horse manure – so much so that it was originally believed the tractor would never become popular on farms because of its lack of poo production! This year my garden enjoyed a bonanza after Eva Marie Burns from Inca posted on Facebook that she was happy for all horticulturists to descend upon her five-horse paddock and dig to their hearts content. The financial crisis has meant that the person who usually removed the “waste” and paid her for the pleasure, is no longer prepared to cough up, so, enterprising Eva crowned herself Queen of Poo (her words, not mine) and posted her appeal. 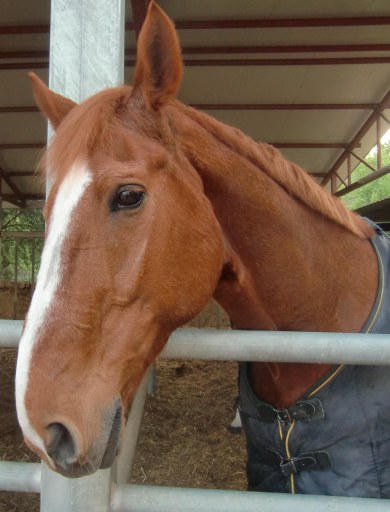 She is asking those who load up their cars at the stables to donate a couple of euros to the Dogs 4 U charity on the island or, if you don’t want to do your own shovelling, her son will bag it up for a euro a bag, half of which will also be donated to Dogs 4 U. This all seems more than fair for a pile of what my parents always referred to as “gold dust”.  Heavy feeding plants such as tomatoes, bananas, asparagus, avocados, cucumbers and roses will perk up no end with a few spadefuls of this superfood.

However, Mallorca is abundant with many other free soil feeds in addition to horse manure. For centuries local farmers used seaweed on the land. It is useful both as a mulch to keep down weeds, limit water evaporation and discourage snails and also to add to compost heaps to increase the content of many trace minerals.

If you have chickens their manure should also be added to the compost but it’s far too strong to place directly on plants, this is a product that definitely needs mixing with less extreme foods such as grass cuttings before use.

Wood ash from wood burners or bonfires is another freebie that’s great for the garden. It’s full of potash and calcium carbonate, while slugs and snails hate it so it creates a natural slug repellent. However, don’t overdo it in one place as mounds of it can form an impenetrable cement which prevents moisture from getting through to the roots below.

My final free fertilizer is what my kids call Mum’s Witches Brew. When stinging nettles are prevalent, as they are now, this can be made easily and used anywhere, diluted with 3 parts water to one part “brew”. Fill a bucket with nettles and place it in the area of the garden you will want to spread the fertilizer. Fill with water and leave for a fortnight before using. The final mixture is full of nitrogen, magnesium, sulphur (yes, it does smell after a while!) and iron. It can be used on all plants or as a compost activator, but is particularly good for any trees whose leaves are paler than usual, indicating they need some extra iron.

A little bit of effort in the spring will reap huge benefits when the intense heat turns much of our land into a dust bowl. Better soil makes for improved water retention which is good for both plants and pockets, while regular feeding ensures gardeners can make maximum use of the Mediterranean’s two growing seasons without the earth becoming exhausted.